BLOOD TYPE DIET AND USEFUL TIPS FOR ALL BLOOD TYPES – ANTIGENS DETERMINE WHAT IS IN THE BOWL. 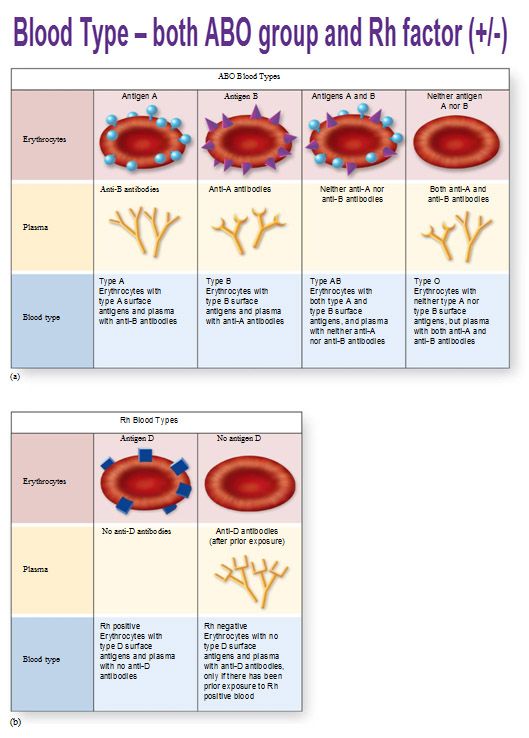 The overall concept of a diet according to a blood type is based on the fact that there are antigens in the blood that are responsible for creating antibodies that serve to protect against anything that could endanger them and that those antigens are specific to each blood group individually.

In short Antigens in the blood that serve to create antibodies to protect the body determine our diet.

The blood groups received the names according to the type of antigens in the host organism. Food regardless of whether it is of plant or animal origin contains selective proteins that possess properties that are very similar to the antigen properties of a particular blood type. When lectins are introduced through the diet, whose properties do not coincide with the antigen properties of the organism, a collapse is created which the blood conspirators charge by the blood group for the appearance of various diseases and the poor general state of the organism.

The fact is that our immune system largely does not protect from the lectins, eliminating 90% of the lectins we enter through the diet. However, about 5-10% of the lectins are filtered into the bloodstream, where at the same time they begin destroying red blood cells and white blood cells. The action of the lectins in the epigenetic tract may be even stronger and manifests itself with severe inflammation of the intestinal mucosa. Lack of life energy, in particular acceleration of disease, susceptibility to infection, difficulty in regulating body weight, and cognitive impairments are just some of the symptoms that may indicate that we do not eat in accordance with our blood count.

As an example, lately is often referred to as the “popular” gluten-lectin with which cereals are abundant. It has the ability to bind to the mucous membrane of the small intestine, causing pain and rather strong inflammation, and the carriers of the particular blood groups, especially the group 0, are deemed to be sensitive to it. Guidelines that regulate the blood-grouping diet regime should prevent unwanted “encounters” of our antigens with lectins, and thus improve our health and quality of life in general

Continuing his father’s long-term work, which determines the influence of the blood group on the characteristics and vital functions of their carriers, the doctor of medical sciences, Peter J. D’Adams in the first half of the nineties of the 20th century defined the postulates of diet by blood groups. Regardless of the fact that the research covered a broader aspect of diversity in blood groups, the doctor isolated the diet as the most important element, and his future career developed in that direction.

The controversy surrounding the concept of diet by blood groups ranges from total rejection of the efficiency and the benefit of the overall system to its proclamation for a revolutionary, visionary, indispensable. Whatever we think, blood-group diet has made its place among the most popular eating habits for the past twenty years and avoided becoming just one of the tabloid hit-diets.

In the diet by blood groups a division of mammals is made based on their influence on our organism. In this sense, there are extremely desirable foods, those that can be consumed in moderation without causing more significant harm to our organism, but which we do not have any more benefit, and extremely harmful, which should be completely avoided, whose lectins are completely incompatible with the antigen of our blood type.

As always, when it comes to some prescribed diet, we recommend regular information and upgrading of knowledge about the particular diet and desirable and less desirable foods in its composition. Every day, numerous research is carried out, new knowledge is revealed, and existing postulates are modified.

Dr. D’Adamo himself is the advocate of the theory that diversity of blood groups is a direct consequence of evolution, and as the oldest, fundamental, the blood group 0 points out. Our ancestors, Neanderthals, were the bearers of this blood type, and their needs for food was satisfied with hunting and grocery collection. The main characteristic of carriers of the blood group 0 is a very durable digestive system and strong general immunity. Desired groceries: veal, beef, lamb, sheep meat, game, sardines, cod fish, mackerel, nuts, pumpkin seeds, potatoes, garlic and onions, leeks, artichokes, broccoli, kale, keleraaba, red peppers, zucchini, parsley, spinach, horseradish, olive and linseed oil, turmeric, mint tea, rosehip, marigold, dandelion and linden.

In addition to the guidelines regarding the recommended foods or not recommended in the diet of carriers of the blood group 0, Dr. D’Adamo has a few more interesting and useful tips. To avoid stress, which can cause impulsive reactions, such as in this case the choice of wrong foods or overeating, the blood group holder 0 needs a clear plan, from daily to annual, which will be known to which it will adhere. Also, all changes in life, and changes in diet, should be carried out gradually. All meals, including the smallest snack, should be practiced in peace, with sitting on the table.

Food should be chewed slowly and thoroughly, and during this process it is proposed to leave the cutlery. The carriers of this blood type are extremely fit for physical exercises, so it is useful to moderate at least four times a week. Aerobic exercises or any other physical activity are also referred to as an excellent solution if you feel the need for alcohol, tobacco or other psychoactive substances, including sugar. 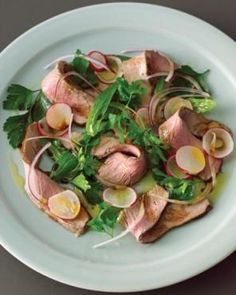 It is assumed that this blood group appeared between 25,000 and 15,000 years before the new era, in the period when man reveals the benefits of cultivating the land, and in the hunting-gathering way of life and food, it also largely includes the agrarian component. Foods with foods of vegetable origin are more appropriate, therefore consuming meat, fish, milk and dairy products is recommended only once a week.

They have a weak immune system, and because of the innate sensitivity of the stomach, the vomiting responds to the artificial supplements of the modern diet. They do not tolerate excessive heat or cold, noise and fuss, strong smells, scenes of violence – in short, do not want extremes in any form. 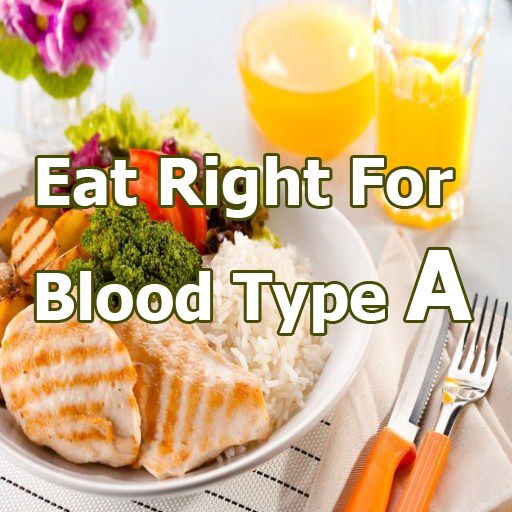 Useful tips for Blood Group A

Dr. D’Adamo says that for carriers of blood group A, except for the diet, it is of utmost importance also the orderly life, in terms of establishing an optimal dormition schedule. Early fall asleep and at least eight hours of sleep, at least two breaks during working hours, during which it is good to do stretching exercises, walk in clean air or meditation, practice regular sports activities three times a week, these tips are not unconnectedly related to the diet, but may be helpful.

As for the nutritional habits of the blood group A carer, it is advised not to skip meals, most proteins should be consumed during earlier meals during the day, daily intake of foods should be divided into several smaller meals and, if possible , meals should be consumed in peace and without nervousness.

According to the findings so far, blood group B appeared between 10 000 and 3500 years before the new era, in the period when the first migrations of the population from African forefathers began. The necessity of rapid adaptation to the new environment and the living conditions made the carriers of this blood type extremely resistant. Unlike people who were carriers of blood group A and who rarely moved, carriers of the new group B did not have as much needs as regards the orderliness of life and habits.

Thanks to the evolutionary circumstances, it is easier to get in touch with other people, they are not inclined towards opposition and violence, and their perhaps most important feature is the strong immune system. The choice of recommended supplies for blood group B carriers is quite flexible, and balanced physical and mental activities make them more bland. 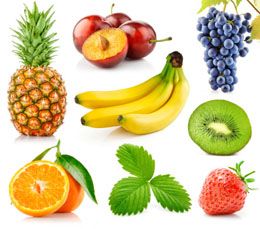 Useful tips for Blood Group B

For carriers of blood group B, as for group A, it’s a good dream. For a good biological rhythm it is important soon to leave for rest and at least eight hours of sleep. It is recommended daily engagement with some creative activity that requires full attention, in duration of at least half an hour. Blood group B carriers, who are proven social workers, are advised to regularly socialize with friends and family and the wider community.

Over the years there may be less memory and obstruction of mental abilities, so it is advisable to practice activities that require concentration, such as solving crosswords, acquiring new skills or learning a foreign language.

The particularity of the carriers of this blood type is best described by the fact that they own less than 5% of the human population. The rarest and at the same time the youngest blood type is a kind of evolutionary puzzle. There is no evidence that it existed before 10 to 12 centuries ago, and was created by combining groups A and B. Accordingly, carriers of the blood group AB share the good and bad characteristics of both groups and should therefore be well acquainted with the guidelines for the diet of the blood group A and B carriers. The most significant feature is the relatively easy adaptability of the circumstances, both in terms of nutrition and some other situations in life.

The response to the immune system of the attacks depends on which blood group prevails at a certain point, which in some cases is great, and in others it is defeating. This complex blood type “adorns” complex, but also very popular, cordial and attractive individuals. 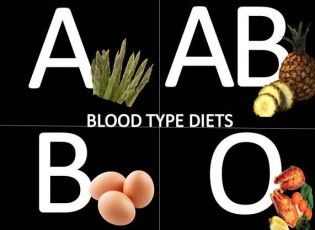 For personal harmony, persons who are carriers of the blood group AB need to avoid a competitive environment, burdening with various problems, especially those whose decision can not affect. Changes in life habits should take place according to a plan and gradually.

Especially recommended is the practice of stretching exercises, meditation and yoga, as well as regular aerobic exercise, at least twice a week for one hour. For the psyche of those who carry this blood type, occasional loneliness is required, so it is suggested that you engage in some kind of hobby or activity that does not require the participation of many people.

Get Ready For The Life.